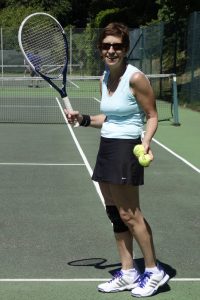 The tournament is open to all 2017 Registered Parks Club Members (entry £3.50). And yes, it is mixed. Tournament organiser Claire Anderson, who also runs the popular Parks Cup competition, tells us mixed leagues have been tested in plenty of local clubs and it has proved a popular format.

“This Tournament is for all levels of play. Competitors will be placed in one of several mixed singles leagues dependent on their ability level. Players can arrange their own matches at any time during the course of the Tournament,” says Claire.

See details below. To enter, please fill out the application form [click here: Entry Form-1] and email to autumnparkssinglesleagues2017@gmail.com.