Back to Members area 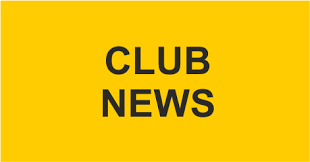 We took the decision to put all the lighting columns in, on all four courts, during lockdown to minimise disruption to play when the Club reopened. The entire lighting system requires 3 phase power from East Drive. UK Power Networks have quoted and are ready to instal when we give the go ahead.  The termination point for the power and all the lighting switching and computer equipment will be housed in a new side extension which we have full planning permission for and contractors have already quoted,

After six months of negotiation the LTA agreed on a financial package to help fund for the works described and when the lease is signed this will allow the Club to draw down all the funds and not only complete the lighting plant room but begin to plan for the new accessible toilet on the other side of the clubhouse.
It should be noted the terms of our LTA loan do not permit any works to take place that are covered by the agreement.

The delay in signing the lease which is holding the whole process up is detailed further on in this news page.

The Club has worked out a plan which would enable temporary equipment to be installed within the Clubhouse and lite two courts without jeopardising the LTA agreement.
This, of course, requires Highlights the lighting contractor to agree to a change in the way they would normally commission the installation and we are working with them to that end.

We will keep you informed.

On the legal side both parties have now agreed the 25 year lease which now has had all clauses that threatened the continuity of the period removed namely a five year break clause.  It should be noted all the protracted negotiations are exclusive to Queens Park’s lease.

The Club awaits decisions on just four items some dealing with responsibility of surrounding trees and shrubbery which impacts on the courts.
Those members that have shown concern as to the state of the retaining wall on court 4 can be assured the Club identified this sometime ago and a structural engineering company has been instructed by the Council to monitor any deterioration. Note no movement in last 6 months. This area has now been removed from the Clubs responsibility.

Sobering thought: November marks the fourth anniversary of the Club being given full Council support for Queens Park Tennis Club CIC to take over the management and responsibility of the Club based on a 25 year lease. Since then eight solicitors (four aside) have worked on the project.

All external elements of the Clubhouse and patio will be either renewed or repaired and finally painted.
Work commences Monday 25th October and is scheduled to take five weeks but will not result in any disruption to the use of the Clubhouse. The  total contract, over £41,000, which represents the last of the remedial works the Club have been negotiating in order the  ‘handover condition’, itemised within the lease, is acceptable. Since talks began the condition of the courts and Clubhouse has been of concern as the Club will be responsible for full maintenance throughout the period of the lease. The total amount of remedial works the Council have agreed to is in excess of £125.000 which includes the entrance ramp.

Lastly the vandalism on court 5, namely setting fire to the net, which not only destroyed the net but resulted in damage to the courts was reported to to the Police. The net was immediately replaced by the Club and the court contractors Sovereign Sports will visit in order to assess the court damage.