Queens Park Tennis Club hosted a successful Wooden Racquets  tournament on Sunday, in which contestants were only allowed to use vintage wooden tennis racquets, with ‘orange’ soft tennis balls. 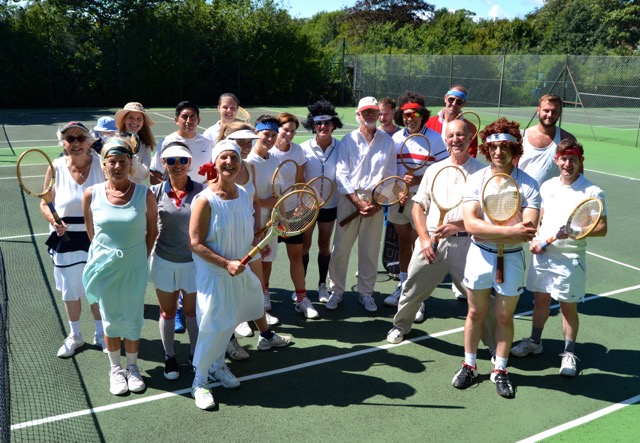 The tournament, for members and guests, was a celebration of 70s era tennis chic. Congratulations to Alan Sanchez and Katie Moorman for winning the American style tournament trophies.

See full gallery of images from the day here. 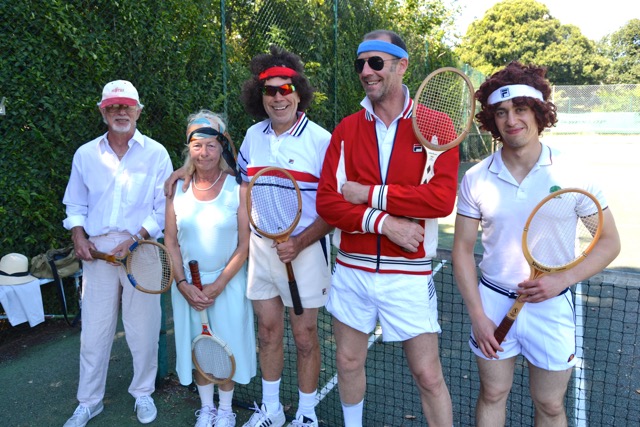 “The club was left a wonderful collection of old racquets by a former member Bob Davies, and for fun we tried them out at our weekend club session,” said Pauline O’Reilly from QPTC.

“Some of our younger players had never seen a wooden racquet before!”

“Everyone was so fascinated, we decided to host a special retro tennis tournament.”

Players swapped their 21st century Babolats for 1970s Dunlop Maxplys and Lew Hoad ‘Supremes’. Contestants were be encouraged to dress-up in classic 70s and 80s style tennis clothes for the tournament. 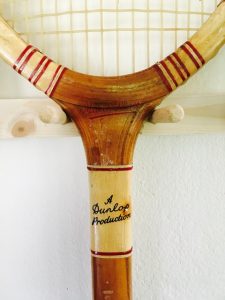 “These old racquets are wonderful, beautifully-made objects which now look and feel very last century. We have racquets by Dunlop, Wilson and several brands we’ve never heard of. Visitors are welcome to take a look at the racquets on show in our clubhouse.”

The QPTC collection includes a couple of early aluminium racquets, which first appeared in the 60s, popularised by American star Jimmy Connors.

The early metal racquets, however, never quite succeeded in replacing wood. It was the arrival of graphite compounds in the early 80s that changed the landscape and called time on wooden racquets. The new graphite racquets were lighter and stiffer, and allowed players to hit through the ball harder.

In 1984, John McEnroe was the last player to win the men’s singles at Wimbledon using a wooden racquet, and they had disappeared from the game completely by 1987 [*].

But there were unintended consequences for manufacturers. “The racquet makers have, to some extent, suffered from their own success,” according to US coach Jeff Cooper. “Unlike wooden racquets, which warped, cracked, and dried out with age, graphite racquets can last for many years without a noticeable loss of performance.”

The club would like to thank the family of Bob Davies (below right, bearded) for their generous contribution to QPTC.  “The club was a source of much pleasure to Bob over the years,” say family members, who are donating a bench to his memory. 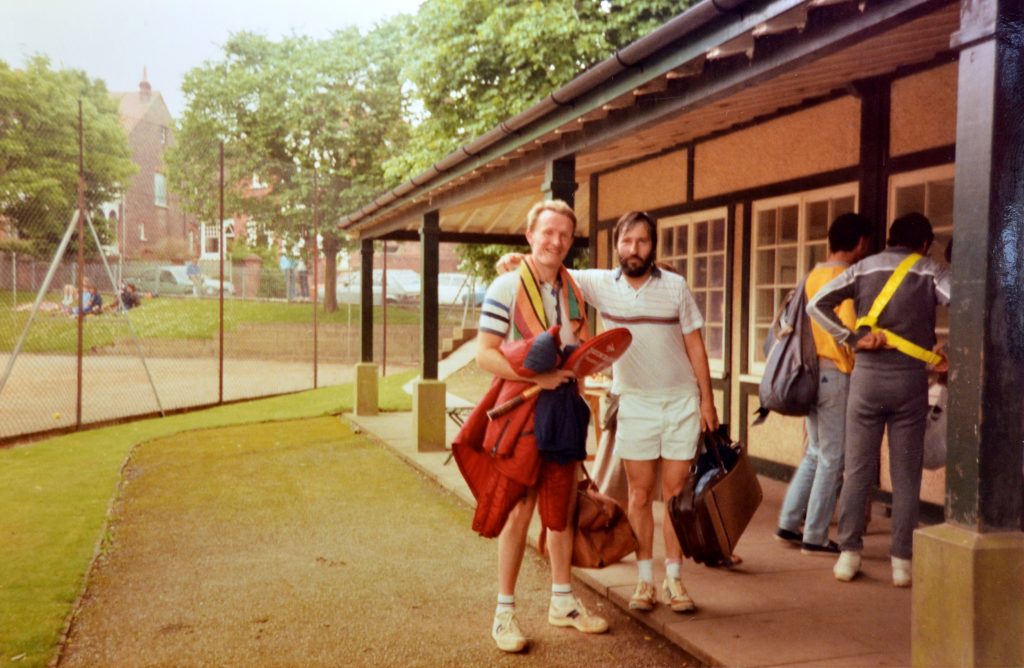 [*] “The last time there was a wood racket used in a Wimbledon men’s final was in 1984  (below) when John McEnroe used a Dunlop Maxply against Jimmy Connors and his T2000 metal trampoline. In 1985, both Becker and Curren used composites in the finals marking a first. Becker’s victory made him the first to win Wimbledon with a composite racket and I believe Johan Kriek was the first ever Grand Slam winner with a composite racket (Rossignol at 1981 Aussie Open). McEnroe switched to the composite Max 200G in 87 or 88. 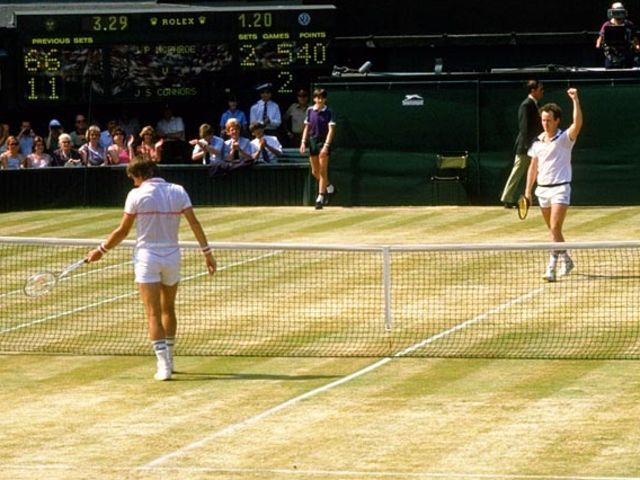 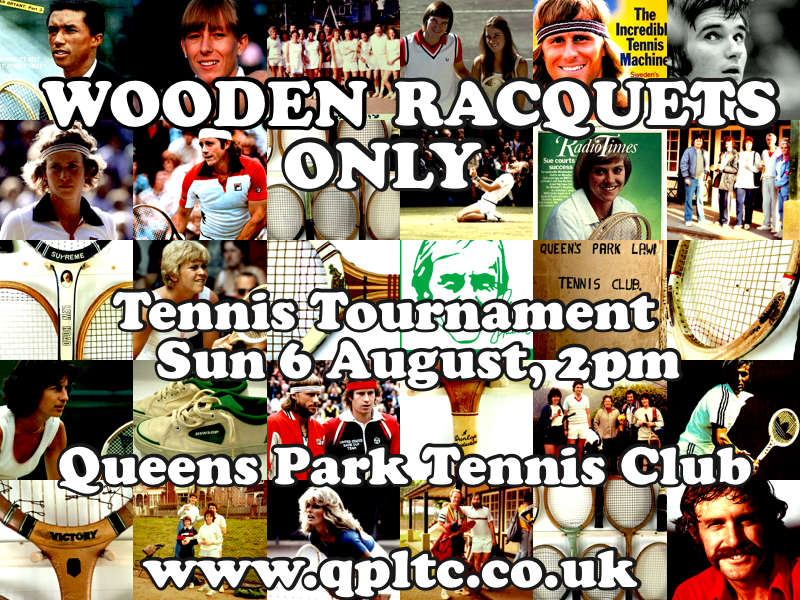