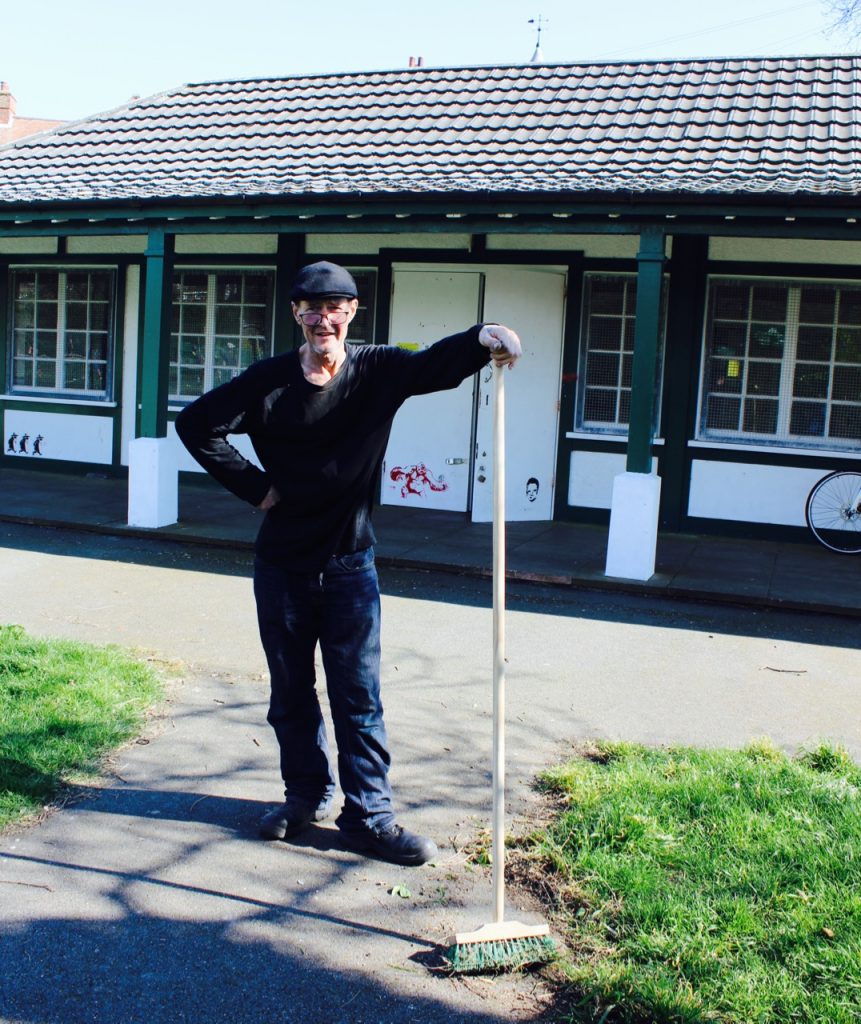 When club secretary Pauline O’Reilly turned up for Sunday’s tennis tournament, she was surprised to find that the area around the clubhouse had been significantly improved.

“John, who has been sleeping by the tennis club, had got out a brush and swept all around the clubhouse, then cut the edges and weeded the steps,“ said Pauline. She told members: “You will be amazed to see it all looking so neat and tidy.”

“He said he’d been sleeping out there and just wanted to give something back, so three cheers for him.”

“We had a quick whip round to give him a few pennies. He really did a wonderful job and it gladdens the heart that someone with so little should help us this way.”

Club member Clare Gravenell adds: “I saw John, who has been sleeping rough outside the club house, sweeping the entire outside concourse area yesterday while I was taking some photos for the club website. Pauline suggested I offer him some refreshments so I took him some tea and biscuits and had a chat. He seemed very keen to work and clean up the outside area at the club. John told me he used to be in the army and through a terrible traumatic event he was unable to with deal, which still affects him today, he had become homeless. ”

“He spent over three hours happily working by sweeping and then re-shaping all the grass edges around the clubhouse, leaving it clean and tidy. I took some photos with his permission. It was clear to me he wanted to help others through doing odd jobs out of kindness and the need to be actively involved in something.”