It has been another fine season for Queens in the annual Parks League competition: five QPTC teams, 80+ players, 54 fixtures, heaps of victories and a few losses along the way. 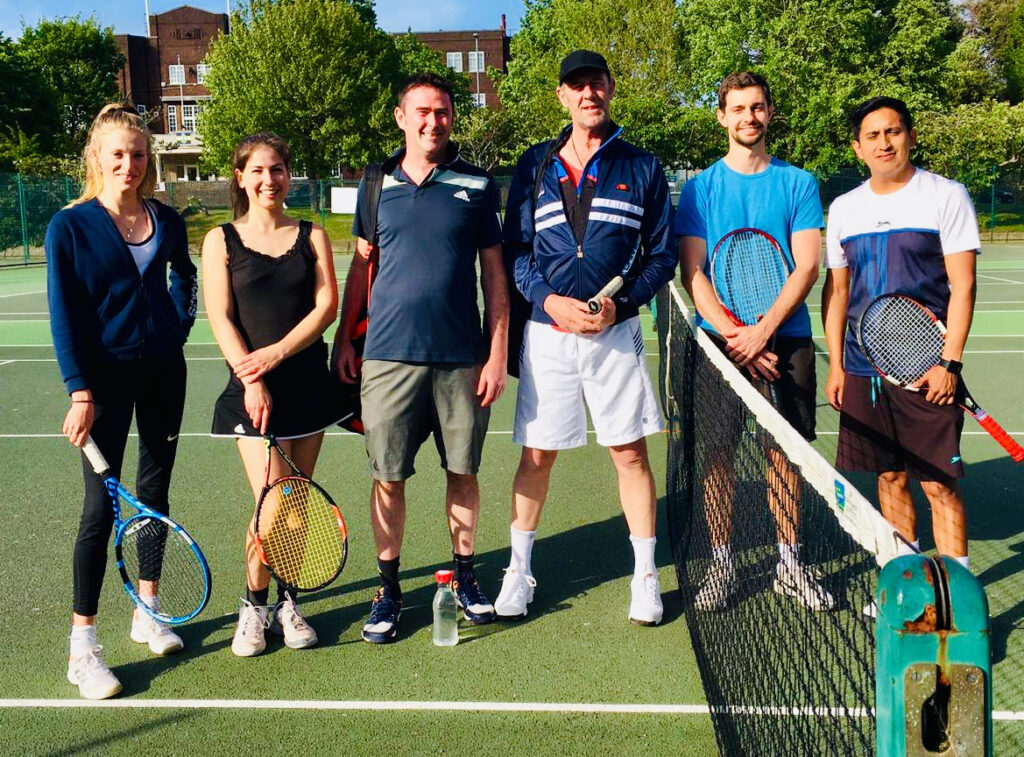 Read all the Team Captains’ reports below, and you can see final Parks League tables here. Thanks to our skippers Jacob Chadwick, Sam Waller-Carr, Alan Sanchez and Barbara Michael for doing that tricky, time-consuming and occasionally exasperating job week after week. Thanks also to Mick Cox and Jon Lightbody, who managed the fixtures and results on behalf of the Brighton & Hove Parks LTA. 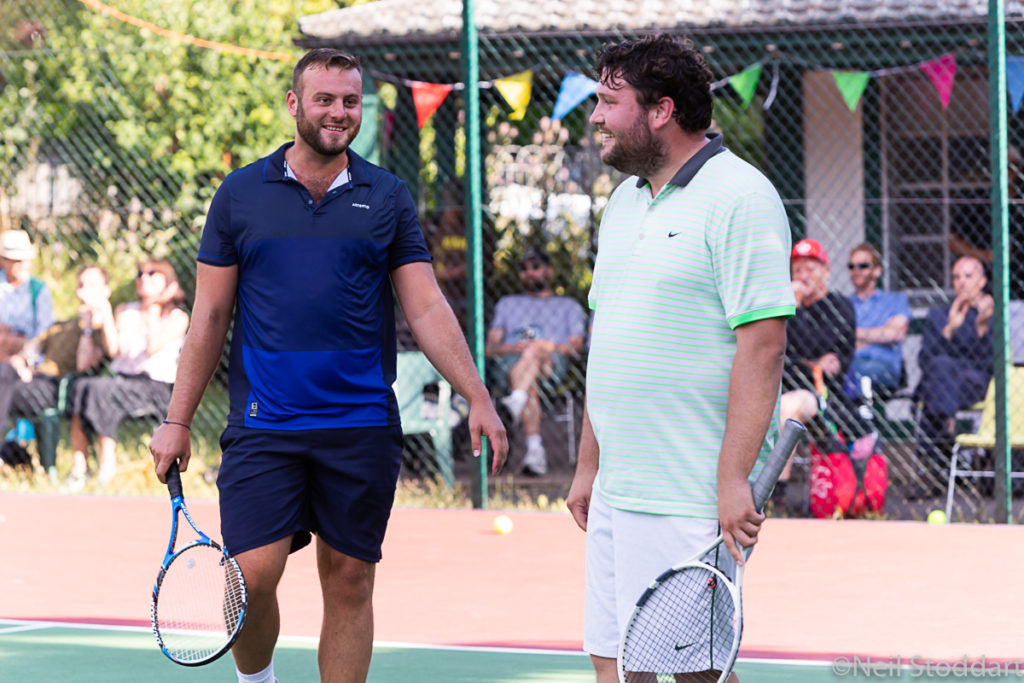 Queens reluctantly surrendered the Parks League Division 1 title after finishing third in a close three way race with Dyke (champions) and Hove (runners-up). No disgrace – the standard in Division was pretty high in 2019. To maintain a winning overall record in that competition is a great credit to all who took part. 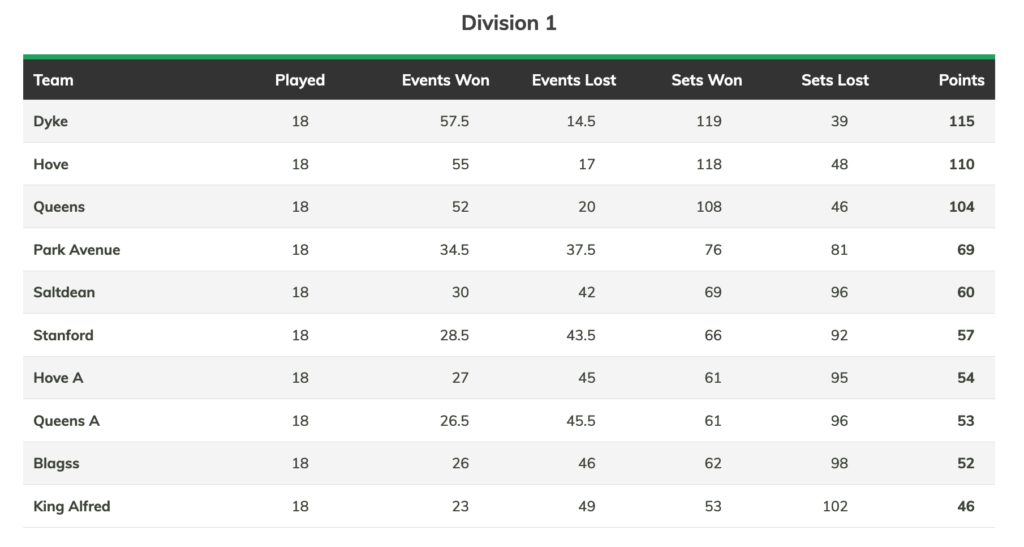 Queens A pulled off the great escape by winning their final eight matches to stay in Division 1 next season – helped by the first team’s 4-0 defeat of Blagss. Read Sam’s dramatic description below. 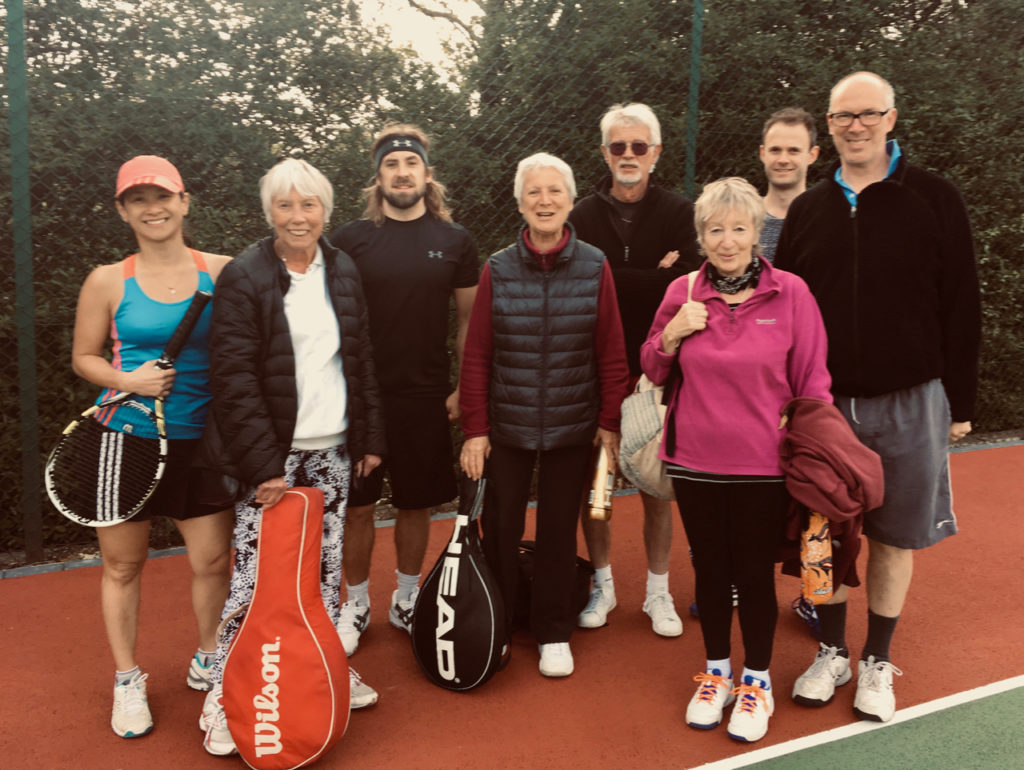 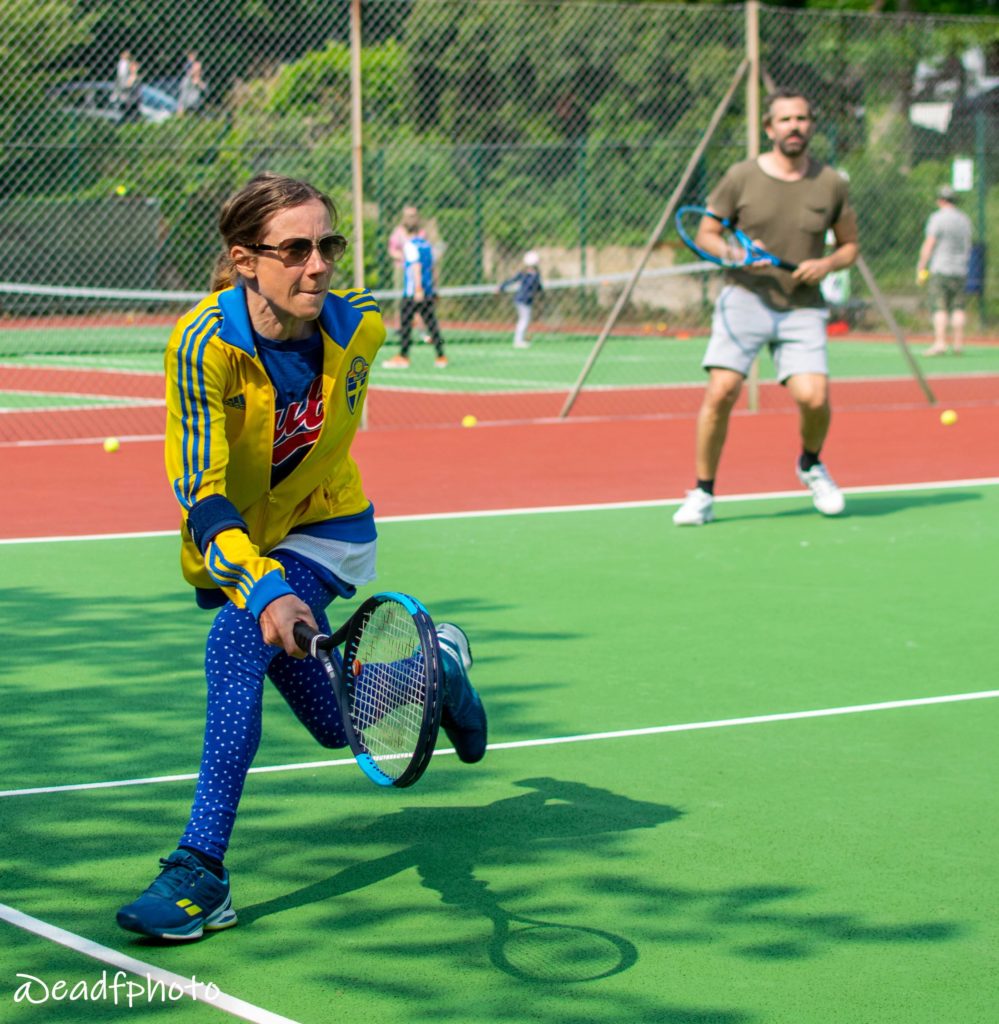 Alan Sanchez has produced some interesting data on the 2019 season, which you can see here. There are lots of ways of looking at these fascinating stats. But if – as Barbara Michael likes to point out – it’s all about taking part and enjoying yourself, lets give a big shout out to the Rock Solid Squad who played the most matches for QPTC in all divisions across 18 weeks over the 2019 season: Wendy Powell, Katie Moorman, Annika Kinnunen, Jane Francis, Kirsty Levett (all 16 matches), Issie Roffe-Silvester and David Brockman (both 17 matches) and Mr Super Consistent Charlie Brown (18/18 matches!). Thank you for your efforts.

Jacob Chadwick writes: The First Team had a good season overall this year, playing very well in the first half of the season and leading the table by the halfway stage. This was perhaps assisted by getting lucky on occasion and managing to avoid playing a few pairs that one might consider to be ‘main rivals’ from years past. Things changed a bit in the second half of the year, with a few more key absences in the team, the rivals generally came back for the return fixtures and the bigger clubs bolstering their teams with a few extra high quality players. Nevertheless, over the course of the season everyone played very well overall, with only two or three very close matches that one might consider ‘got away from us’, meaning that first place perhaps wasn’t realistically in our grasp this year, but perhaps 2nd place would have been nice, rather than the eventual third place we ended up with.

The stalwart women’s four of Wendy Powell, Brenda Maguire, Katie Moorman and Kate Buchanan dished out the usual punishment to the opposition this year.   Honorable mentions go to Sandrine Milland and Eloise Saville for being excellent substitutes.  The mens team was slightly more varied, with more movement of players between second and first teams, but the eventual go-to lineup this year was Sam Waller-Carr and Charlie Brown in mens (an extremely effective partnership by the end of the year), with Jacob Chadwick, David Brockman and Ali Quarton swapping in for the mixed lineup for most of the year.

Sam Waller-Carr writes: Having emphatically secured promotion last season, Queens A prepared for a tough season back in Division 1. Having lost a number of key players from last year, we were under no illusions that it was going to be a challenging season. With a strong set of players who were up for the fight, we kept pace with BLAGGS, King Alfred, Hove A and Stanford in what turned out to be a gripping fiveway relegation scrap which went to the very last game. Highlights include a well fought draw away at Hove (the eventual runners up), a dominant 3-1 win over BLAGGS and a crucial 2-2 draw away against a full strength Saltdean. However the season finale was something else altogether. With Queens A’s survival hanging by a thread there was no margin for error. Not only did we need Queens 1sts to defeat BLAGGS 4-0 but we also needed Queens A to defeat Saltdean 4-0. Queens were first to secure a dominant clean sweep, whilst 3 of the 4 Queens A matches were wrapped up with ease. This meant the fate of Queens A was in the hands of Jack Bond and Helen Tilling in a gripping 1st Mixed encounter. After a tense and nerve wracking couple of hours the queens pair finally secured safety with a 7-6 7-5 victory. Mission impossible was complete!

Alan Sanchez writes: Queens B had a slow start at the beginning of the season due to injuries and the absence of key players. On weeks 5 and 14 we had our best results beating Blakers A 4-0 on both occasions. Our most successful pairs were Helen/Aida winning 3 out of 5 matches and Al Taylor and Sally, winning 3 out of 4. At an individual level, the best performers were Annika, who played 16 matches and won 7 of them, and Alan who played 15 matches and won 11 of them. On the League Table we ended the season 7th with 61 points.

Alan Sanchez writes: Queens C, after a shaky start, found its form and went on to win the next 18 matches. At the beginning of the second round some matches were conceded due to a shortage of ladies  players but the late arrival of Mathew Cunningham and Claudia Newland put the team back on track and we ended the season in third position with 98 points. All in all, a great achievement.  Our most successful pairs were Jane Francis and Sofia winning 5 out of 5 matches and Rory and Alexandru winning 3 out of 4. At an individual level, the best performers were Jane Francis, who played 16 matches and won 11 and Alexandru who played 14 matches and won 6 of them.

Finally, well done to QPTC’s Sam and Charlie who paired up to reach the Parks Cup final, losing to the formidable pairing of Seb Puga and Rob Bromley, and to Doug Queree  (Queens, below), who came from a set down to win the Men’s Plate singles final. 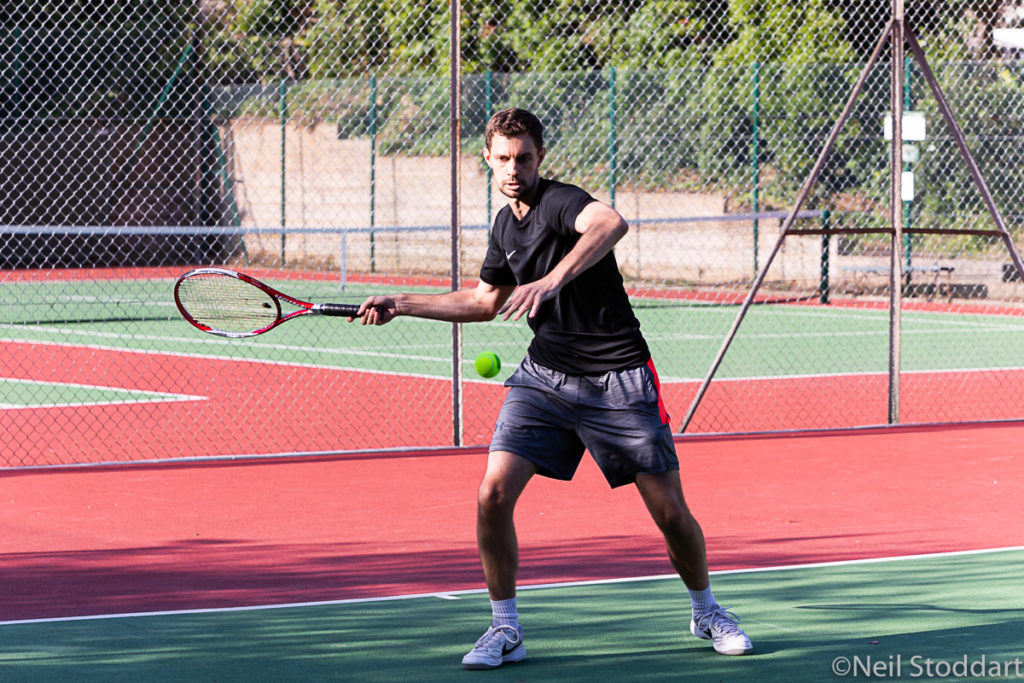